A former municipal prosecutor, Ed has extensive first chair trial experience and acts as lead counsel on matters pending throughout the nation.  He is also a current board member of the Michigan Defense Trial Counsel, a former director of the Defense Research Institute (DRI), and a former Trustee of the Grand Rapids Bar Association.

In 2018 and 2019, Ed was honored to be recognized by his peers in the legal community for professional excellence by being named in The Best Lawyers in America for Commercial Litigation. In May 2019 he received the Grand Rapids Bar Association’s Marion Hilligan Public Service Award on behalf of the Grand Rapids Veterans Bar Association (GRVBA) for its work in establishing a pro bono program for veterans in West Michigan.

Ed is the son of a Colombian immigrant and grew up on Long Island, NY. Ed earned his B.A. degree (cum laude) from Villanova University in 1989.  He majored in history and political science and obtained a minor in naval science through Villanova’s Naval ROTC program. He then went on to serve as an officer in the United States Marine Corps from 1989–1997. While on active duty, Ed served as a forward observer, forward air controller, platoon commander, naval gunfire spotter, and artillery liaison officer with various infantry and artillery units. He is a graduate of the USMC Officer Candidate School in Quantico, VA, the Marine Officer Basic Course (Quantico), the U.S. Army Airborne School at Fort Benning, GA, and the U.S. Army Artillery School at Fort Sill, OK. He was deployed with Golf Company, Second Battalion, Eighth Marine Regiment at sea and in Northern Iraq during the Persian Gulf War.  Ed also served overseas on more than three deployments including service in Europe, Japan, Korea, Israel, and the Caribbean.  He is the recipient of various awards including the Navy/Marine Corps Achievement Medal, a Joint Meritorious Unit Citation, and the New York State Conspicuous Service Cross. Ed is a graduate of the University of Notre Dame Law School and has practiced law since 1996.

Ed is active in veteran, community and professional associations. He is a football, basketball and baseball coach, a Hispanic and Spanish speaking attorney, and a service-disabled veteran. Ed is also the current Vice Chair of the State Bar of Michigan Litigation Section, a co-founder and acting President of the GRVBA, founder of DRI’s Veterans Network Committee, founder of the Michigan Defense Trial Counsel’s Veterans Committee, and founder and Chair of the Center for Law and Public Policy’s Working Group on Artificial Intelligence. 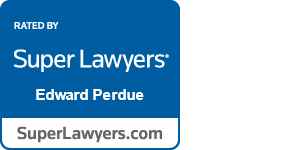